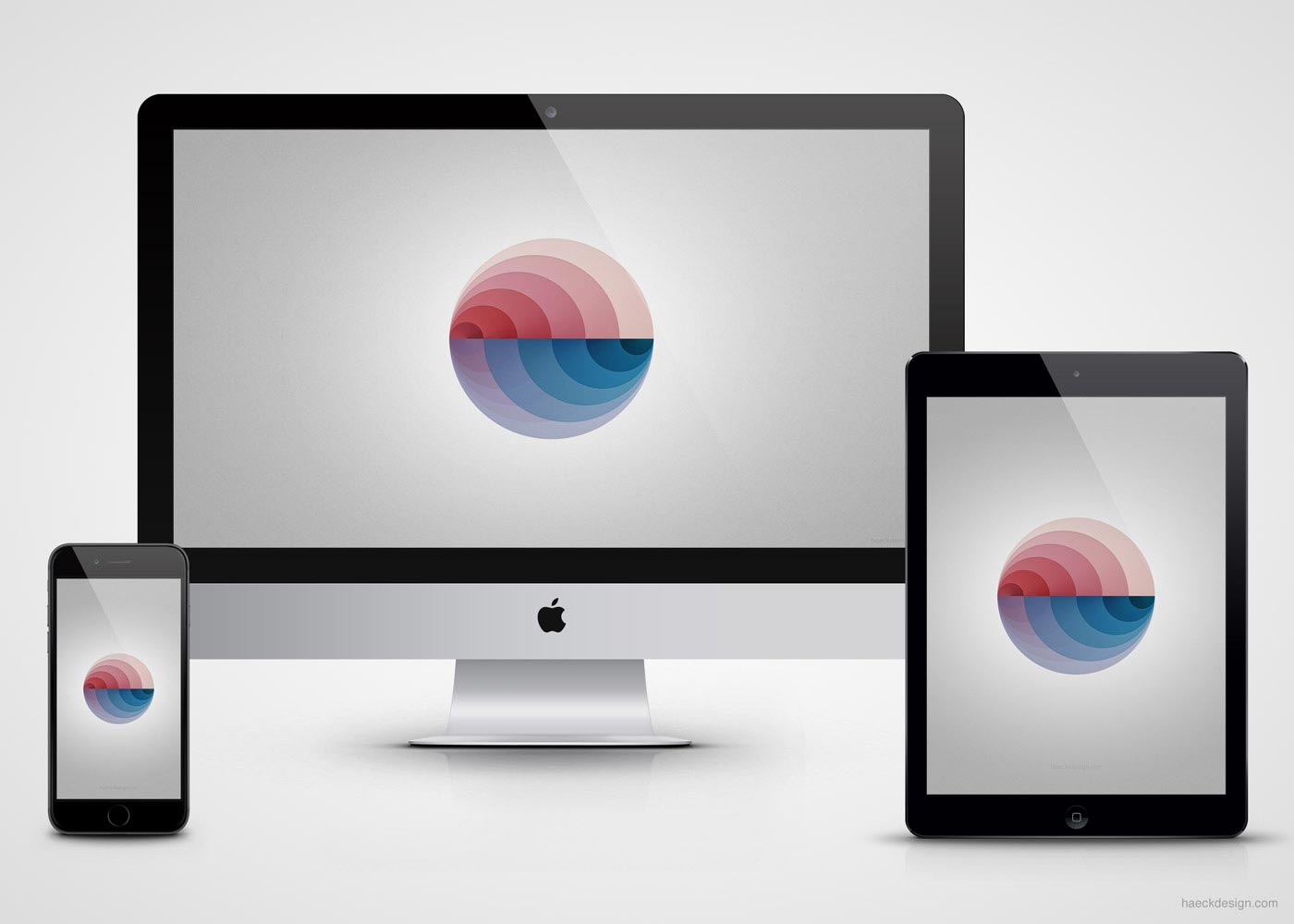 Playing with generative art programs inspired us to build our own generative art wallpaper. The Heliodon Circle desktop wallpaper is a beautiful minimal design inspired by an amazing programmatic artist and a free download for our loyal visitors.

The worlds of design and development have remained apart for quite awhile. Many think the two must remain individual and have very little to offer one another. People use very few of their artistic abilities in math class and vice-versa. But it doesn't need to necessarily remain that way. Like many developers, our team has started to play around with some programmatic art and the results are pretty fascinating. One of our recent experiments produced an interesting result that we decided to use as the base for this months Heliodon Circle desktop wallpaper. We'll give you a quick run through to how we generated the design, a few places to find insane programmatic art, and of course the free wallpaper downloads for all you fine folk.

What Exactly is Programmatic / Generative Art?

If the concept is completely foreign to you, don't worry - you're not alone there. While both terms are somewhat interchangeable, Generative Art is defined as art created with the use of an autonomous system. Historically this has meant music, mathematics, chemistry, tiling, etc - but in this case we'll be looking at a combination of a few of those... Code. Web designers have been playing with CSS for years, but the idea of layering effects to generate art have remained lightly explored. We've all seen the fractals scientists have created and been impressed, but to many of us - that was really the extent of it. This remained the state of things for quite few years, only recently have advances in programming brought the concept back around. While it's impossible to read the future of such a dynamic field, any web designer is certainly aware of the mass exodus of raster images over to the vector world. It's not only possible, but easy, to imagine that coding shapes into our web designs will be commonplace in the near future. Once web standards can functionally handle the data we'll basically be drawing vectors with our code editors. Don't lie - That sounds like an insane amount of fun ...as long as you don't think about future clients critiquing projects. If you'd like to play with some generative art in the meantime, check out this interactive drawing tool at Weavesilk. It should give you some small hint to the awesomeness future programmatic art can offer.

The Logic Behind Our Generative Art Wallpaper

While playing with a Javascript based generative art program named P5, we generated concentric circles into a percentage decrease tied to one side. We then ran the same formula with a half masking, basically aiming to make a more complex version of an awesome older layout David Mrugala generated. After dropping some color in we found the layered opacity oddly comforting. After a couple variations a friend pointed out that it resembled a heliodon, which was a device I for one had never heard of... So I headed over to Google for some info.

We spent a few minutes looking into figuring out exactly what a Heliodon is. My Latin / Greek roots class gave me a start, but it turns out that Heliodons were devices built by overlapping concentric circles that are used to track the motions of the sun. While they're obviously a little antiquated at this time, they sure are interesting little contraptions and for someone who fancies themselves as a bit of a trivia buff, I found it odd that I'd never even heard of these things. So that settled it, this months wallpaper will be called the Heliodon Circle Desktop Wallpaper.

We've included packaged or individual downloads of this Heliodon Circle Desktop Wallpaper in all major desktop screen sizes, iPad & iPhone variations (including Retina), as well as muted version for homepage background screens on iOS. If you like it, feel free to share online & as always - Thanks for stopping by.

Download your individual size or just grab a zip of all of them. If you have a spare second, be sure to "Like Us" on Facebook ;)